June 2, 2020: Protestors march down from Discovery Green to City Hall to protest the death of Houston native George Floyd in Houston, TX.
On May 25, 2020, George Perry Floyd, a black man, was killed in the Powderhorn community of Minneapolis, Minnesota, United States. While Floyd was handcuffed and lying face down on a city street during an arrest, Derek Chauvin, a white American Minneapolis police officer, kept his knee on the right side of Floyd's neck for almost nine minutes, including (according to the criminal complaint against Chauvin) for almost three minutes after Floyd became unresponsive.Officers Tou Thao, J. Alexander Kueng, and Thomas K. Lane participated in Floyd's arrest, with Kueng holding Floyd's back, Lane holding his legs, and Thao looking on and forcibly preventing intervention by an onlooker. 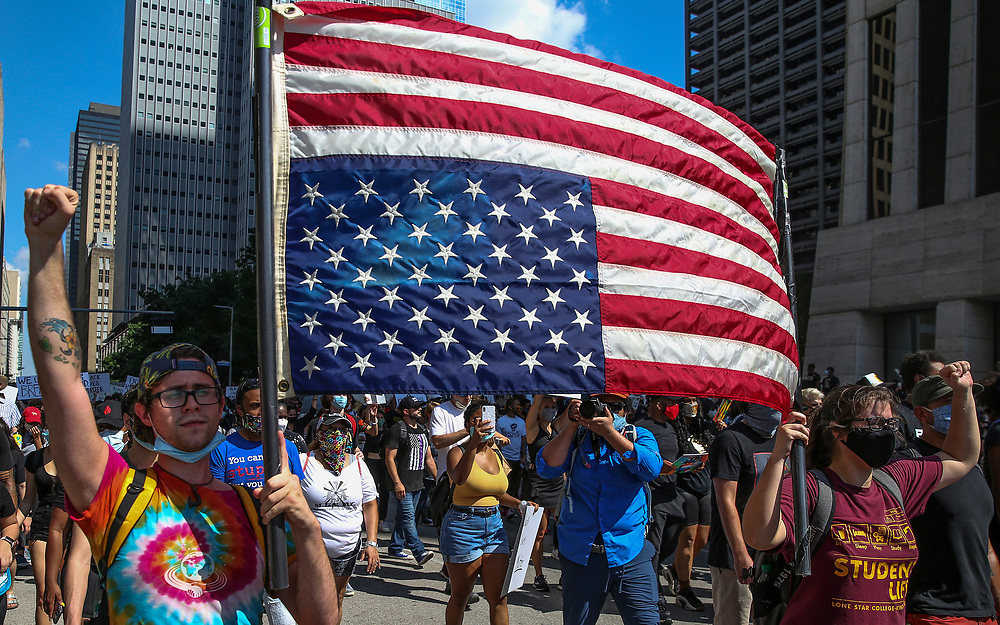